RSCDS Fall Concert a Success/Band prepares for trip to Virginia
by fwadmin on November 27, 2015 in Band News Concerts 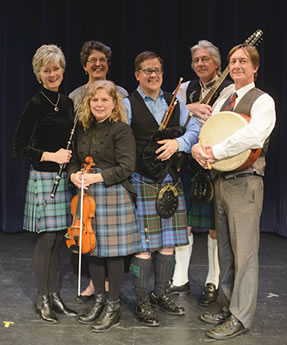 The band had a good run at the Royal Scottish Country Dance Society of Boston Fall concert on Saturday, November 7th. The event featured Fellswater, Highland Dance Boston and the Demonstration Team of the Boston Branch.

The band wishes to thank Lance Pedigo for joining us on percussion and to pianist Beth Murray who played on the various Scottish country dance sets. Here is a video from the concert. A big shout out to C.McIntosh Photo for the beautiful photography and video at the concert.

We now turn our attention to our trip to Williamsburg, Virgnia! The band returns as featured guest performers at Celtic Night at the Kimball: an annual concert hosted by Celtic band Poisoned Dwarf at the beautiful Kimball Theatre in Williamsburg, Virginia. Tickets on sale for the December 5th concert.

We will continue our long weekend in Virginia as featured performers at Colonial Williamsburg’s “Grand Illumination.” on Sunday, December 6th.

Finally, advance notice that Fellswater has been chosen to perform at Boston Celtic Music Festival on January 9, 2016! Early bird tickets are on sale through November 30th. Further info will be posted in the near future.