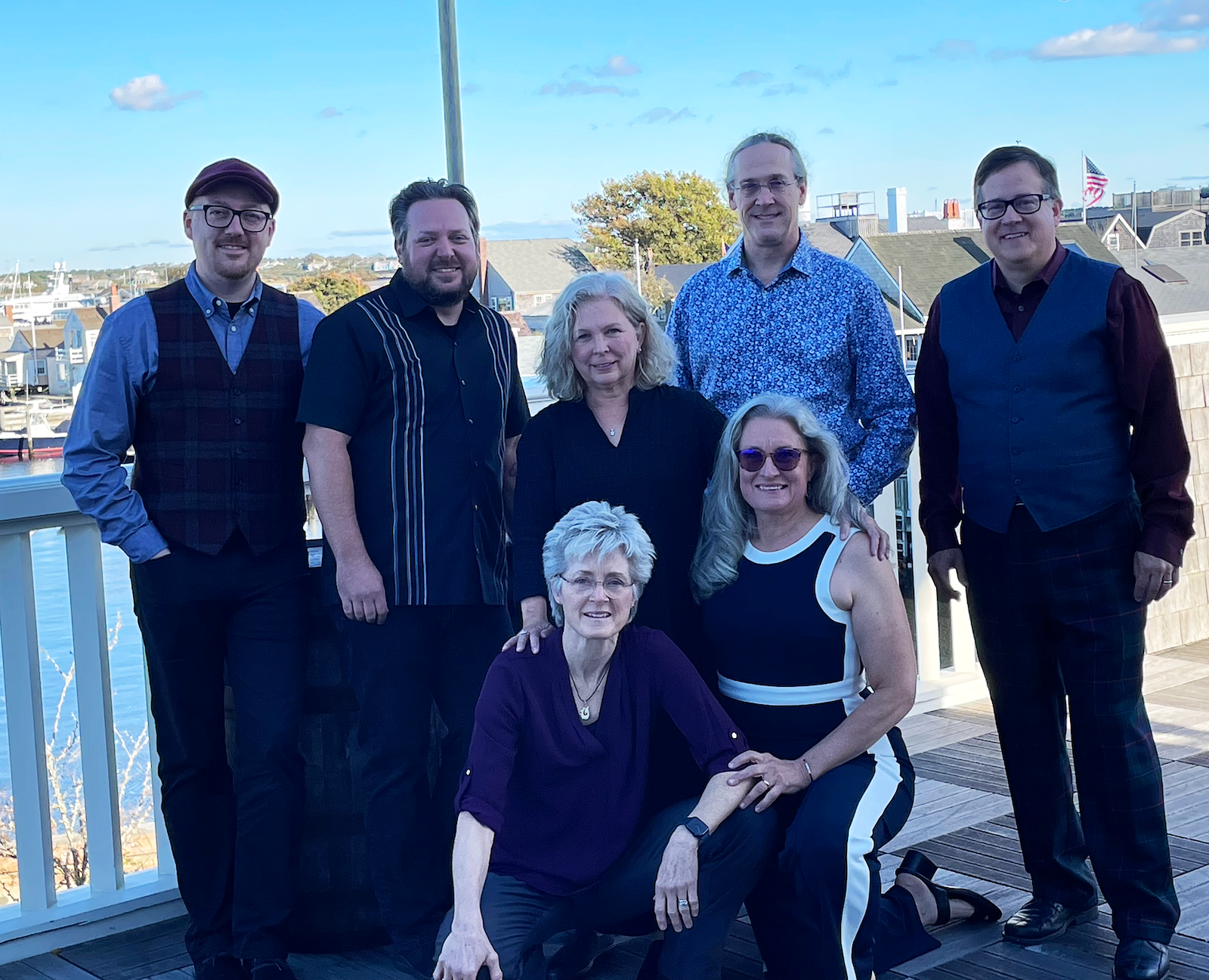 Formed in late 2008, Fellswater has performed for audiences ranging from 20 to 9,000. The ensemble has delighted audiences at New Hampshire Highland Games , Maine Highland Games, Blackstone River Theatre, Boston Celtic Music Fest, Colonial Williamsburg, Club Passim and the Backroom at the Burren concert series.  The band has had two overseas tours: Canada in 2015 to perform in the Royal Nova Scotia International Tattoo and Scotland in 2018 to perform in the prestigious Royal Edinburgh Military Tattoo and present two shows in the renowned Edinburgh Festival Fringe.

Fellswater has released three well-received albums: Fellswater, in 2010, Thursday Night, in 2013 and Skipping Stones in 2018. Our albums are available for purchase either in traditional CD format or as a digital download from our online store. 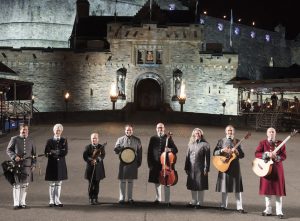 Fellswater is available to hire for a wide range of indoor and outdoor events; from full-length concerts to weddings, anniversaries and special events. We are the perfect ensemble for Highland Games, Celtic and Folk festivals. Our travel range is primarily throughout the Northeastern U.S. with occasional overseas appearances. The ensemble can appear in typical concert casual wear or  more formal attire. 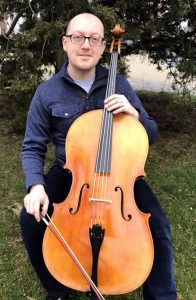 Dave Cabral is an active and versatile musician who performs throughout the greater Boston area as a chamber, orchestral and pit musician. He attended the Boston Conservatory of Music as a viola performance major, but is equally comfortable on cello and violin. Dave’s passion for chamber music takes many forms. He is a founding member and cellist of the Essex Piano Trio and performs professionally with that group as well. He has been a featured soloist in several orchestras including the Melrose Symphony and the Orchestra on the Hill. He also plays fife and is a member of the Middlesex County Volunteers Fifes and Drums. In addition to his work as a professional musician, he is chief echocardiographer (ultrasound of the heart) at Boston Medical Center’s department of Pediatric Cardiology. 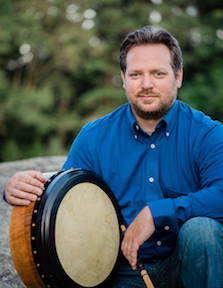 Kyle Forsthoff is a diverse percussion performer and educator based in Rhode Island. He is the percussionist for a number of ensembles located throughout Rhode Island and Massachusetts, including Fellswater, the Island Time Steel Band, and the L’Esperance Mandolin Orchestra. Also an active member of the Fife & Drum community, he is currently the Drum Sergeant of the Kentish Guards and the percussion instructor for the William Diamond Juniors. He is also the Guest Artist/Teacher in Percussion at the University of Rhode Island, teaches at The Rhody Center for World Music and Dance, and has taught at Rhode Island College. Kyle has earned degrees in music education and performance from the University of Kentucky and Arizona State University and is a proud endorsing artist for Yamaha Percussion, Innovative Percussion Sticks and Mallets, and the Cooperman Drum Company. Keep up to date with his activities at www.kyleforsthoff.com. 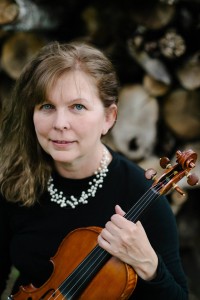 Betsy Ketudat graduated from Fredonia State University with a degree in Violin Performance. Betsy has since played in many chamber groups throughout the Boston area and is a member of the Middlesex County Volunteers Fifes and Drums playing both violin and fife. In 2005 she was featured violin soloist at the Yshalle Tattoo in Basel, Switzerland. As a fifer with MCV, Betsy has performed throughout England, France and Switzerland, at the 2007 & 2018 Royal Edinburgh Military Tattoo, the 2010 Edinburgh Military Tattoo’s Salute to Australia, and in concert with the Boston Pops. Betsy appears on four MCV albums, playing both violin and fife.

Betsy plays the fiddle, nyckelharpa and Hardanger fiddle  with Fellswater. 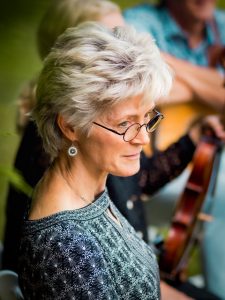 Sarah MacConduibh has been a fifer with the Middlesex County Volunteers Fifes & Drums (MCV) since 1984 and Fife Section Lead for much of that time. Sarah’s extensive performance resume with MCV has included recording eight full-length albums, tours to England, France, Ireland and Switzerland and local performances too numerous to list here. 2007 featured performances with the Boston Pops and a run at the Edinburgh Military Tattoo. 2010 featured performances at the Edinburgh Military Tattoo’s Salute to Australia in Sydney and performances with the Boston Pops and 2012 found her in Switzerland for the Basel Tattoo and 2015 found her in Halifax for the Royal Nova Scotia International Tattoo. Sarah has played with several folk groups over the years on a variety of instruments, ranging from fiddle, flute, whistle and fife. 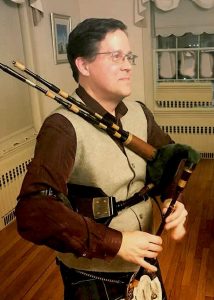 From an early age, Andrew McIntosh was immersed in the Scottish cultural scene in the Boston area. His parents were active in Scottish Country Dancing and that vibrant and tartan-strewn community became family to him. He began bagpiping when he was 12 and soon found himself performing and competing throughout New England. At 18, he spent time in Scotland, learning the art of bagpipe making at Gillanders & McLeod. Andy was a former pipe major of the Stuart Highland Pipe Band and played with them for many years. He also played with Tulach Àrd and the Greater Boston Pipe Band, and performed solo at the Isabella Stewart Gardner Museum, Harvard University and JFK Museum, to name just a few. He has also performed with the Symphony Pro Musica and Colby College Symphony Orchestra.

Andy lives in North Attleborough and plays the Scottish smallpipes and border pipes with Fellswater. 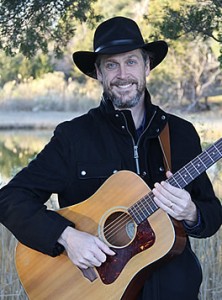 From an early age, Chris Myers has always had an instrument in his hands. As a self-proclaimed band nerd, he played saxophone from grade school through college as a music major at the University of Lowell (now UMass Lowell). Along the way he picked up a guitar and under the influence of the folk rock movements of the 1960’s and 70’s, worked his way into the music scene in Lowell, where he met his wife Diane. They began performing together in the early 90’s as “Chris & Diane”, and would later be among the founding members of the Rhode Island Songwriter’s Association (RISA). Chris is also deeply immersed in the fife and drum community as Fife Sergeant of the Kentish Guards Fife & Drum Corps of Rhode Island, and as a fifer with the Middlesex County Volunteers Fifes and Drums, with whom he has toured Sydney, Sweden and Switzerland, and most recently as part of the Royal Nova Scotia International Tattoo in Halifax in the summer of 2015.

Chris plays guitars (6- and 12-string), octave mandolin and banjo and is one of two vocalists with Fellswater. 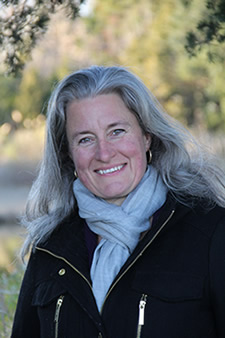 A lifelong passion for singing brings Diane Myers to Fellswater. After achieving All-State (New Hampshire) and All-Eastern choruses in high school, Diane went on to study voice at Wagner College in New York, and the University of Lowell (now UMass Lowell). It was there she met her husband Chris, and soon they began performing together as the acoustic duo “Chris & Diane.” Diane has soloed at weddings, as well as been involved in numerous musical endeavors over the ensuing years, including the American Songbook Series at Trinity Church in Newport, Rhode Island, the Trinity Church choir, and as a part of the Celtic Music Cruise aboard the Victory Chimes Schooner out of Rockland, Maine. In the past few years, Diane has had the pleasure of singing with her husband Chris in performances with Fellswater, which led most recently to her joining Fellswater as part of the 2015 Royal Nova Scotia International Tattoo in Halifax. Diane counts among her influences such talents as Aoife Clancy, Joni Mitchell, Janis Joplin, the Indigo Girls, Natalie Cole and Joan Baez, and looks forward to contributing her voice to the Fellswater sound.